You are here: Home / Home

Tim was due to start reception and during the lockdown like most mums, I am always looking for resources to help when teaching the boys but more importantly, we want learning to be fun for them.

I cannot recall learning phonics as a child. I have since learnt how important it is for them to learn their phonics first before their alphabets.

I am still trying to learn this so when we do some learning at home, he isn’t confused at school because he learnt a wrong pronunciation of the sound. Learning phonics is an important skill, when learning to read

I was so pleased when I first heard about The bear can read on instagram. I love the fact that it supports teaching children phonics at home.

The boys were excited to receive their package from The bear can read, personalised with their name on the box, which added to the thrill.

Joel’s box is for 2-3yrs old (Cubs) and helps in the development of the skills and knowledge needed for reading.

Tim’s box is for 4-5yrs old (Koala), which is for early readers and builds on and supplements lessons on letters and sound combinations and is based on what he would be learning in school.

END_OF_DOCUMENT_TOKEN_TO_BE_REPLACED

2020 is a year we will never forget due to COVID19. Like many families, we won’t be travelling out of the country so we will visit local attractions, take mini breaks and make fun memories as a family.

We recently took a day trip to White house farm in Morpeth, I have lived in Newcastle for over 10 years and yet didn’t know about this farm.

I agree with some other reviews I found online that it had enough activities for kids to fill the day. We didn’t even complete the tour with a 4yrs old and 2yrs old so we would be visiting this farm again for sure. I took my sister in law along and from my previous experience of solo trips with toddlers never say no to an offer for help.

END_OF_DOCUMENT_TOKEN_TO_BE_REPLACED

In my last short-haul trip with a baby and toddler, I remember how stressful it was at the time, I wanted this trip to Lake Como to be less stressful and to minimise tearful outbursts from the boys.

I am aware that we no longer have an infant who napped a lot more frequently Joel who is now 20 months is pretty much as active as Tim.  There were no direct flights from Newcastle so I had to make plans for airport transfers, snack, on flight entertainment, distractions and so on.

I deliberated taking a double buggy but felt this would be bulky and would potentially end up taking a lot of boot space with not enough space for our luggage so I opted to take a collapsable single stroller that could fit in the aircraft cabin and I am so glad that I did. I will share my review of this stroller in a different post.

I was concerned about Tim not wanting to walk long distances in the airport and didn’t want to end up carrying him while pushing a stroller plus my backpack.

END_OF_DOCUMENT_TOKEN_TO_BE_REPLACED 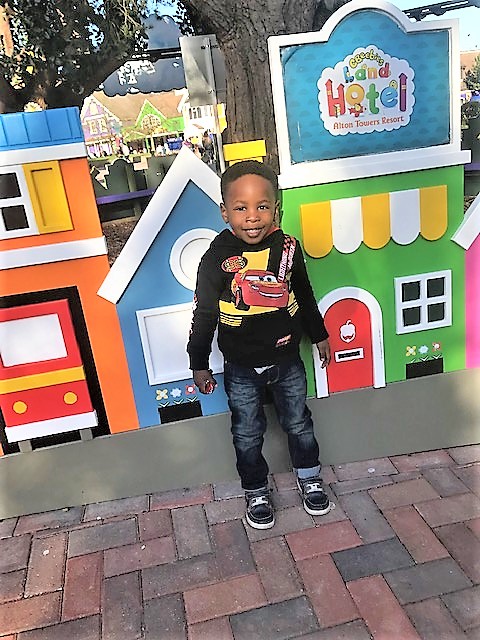 We were excited about taking this mini trip to celebrate Tim’s third birthday at CBeebies land at Alton Towers. Last time I visited Alton towers was as a teenager and at the time there was no CBeebies land. I think I was more excited than the rest of the crew.

We told Tim we were off to CBeebies land, on an adventure.

We planned to arrive early on the first day which was Tim’s birthday but sadly we set off later than planned and arrived a few minutes before the park closed at 4 pm.

We decided to visit the park to get a feel of what was available and plan for the next day. Once we arrived at the car park, Tim said mum CBeebies land, adventure, (He obviously took in a lot of what we said but didn’t show it at the time)

Tim and Joel were both excited once we boarded the monorail from the hotel car park to the theme park.

Tim was so excited on the day and the staff were friendly and nice. Even though we got to  Postman Pat ride less than 10 minutes before they closed they let us on. We helped deliver the parcel and saved the day.

It was great to have a ride we could all get on as a family. 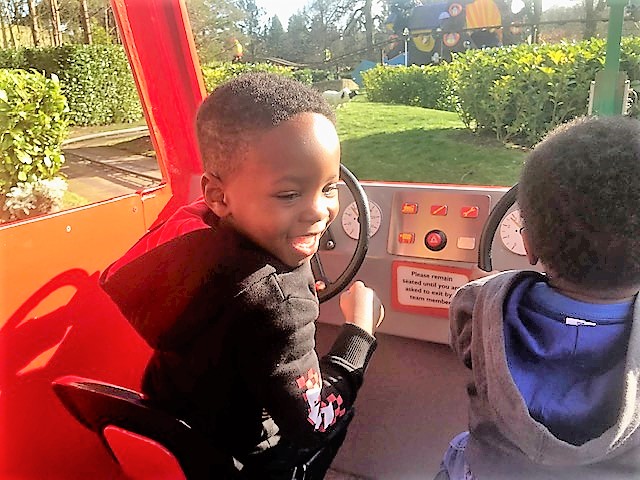 We meet some “In the night garden” characters and although people were queuing for photos, Joel ran off to say hello. Tim preferred to watch from a distant.

After a brief stroll around the park, we made our way back to the hotel to check in and for a much-needed rest. We stayed in the Arctic Explorer room.

What we loved about the hotel and room: 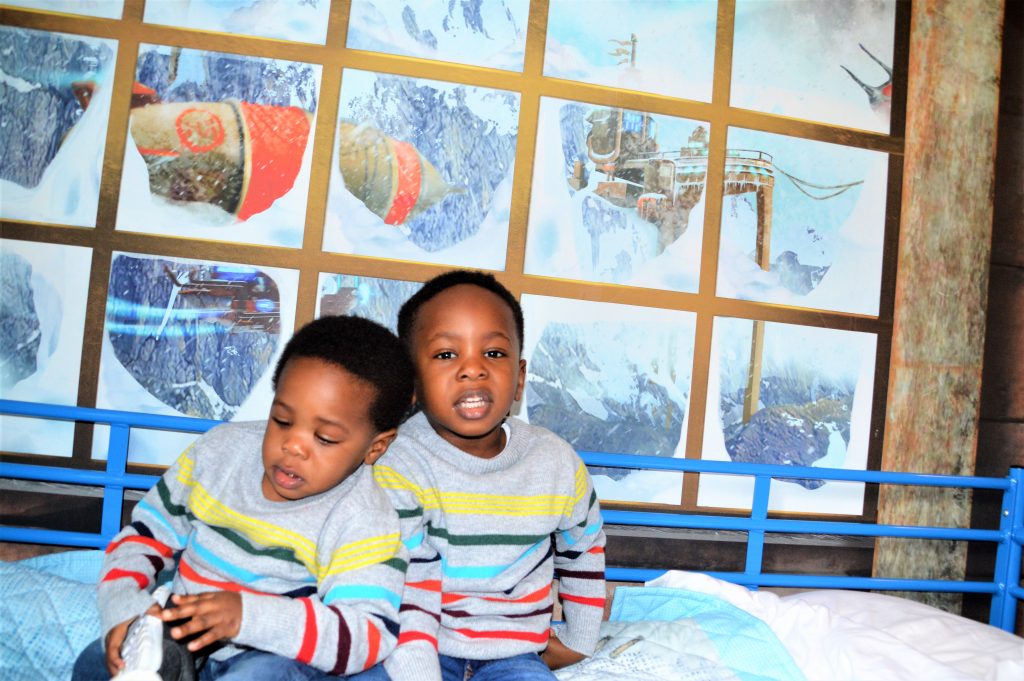 Few things I think they could do better

Day 2: We had a nice breakfast buffet at the Secret Garden Restaurant, we were advised to prebook which we did and loved the options they had for kids.

Hotel guest also gets early entry to the park before the park opens to the public at 10 am although not all rides are open this is very helpful during peak periods. The monorail starts at 9 am. We met a long queue on our way back to the hotel on the first day but was relieved there wasn’t one when we boarded on route to the park. 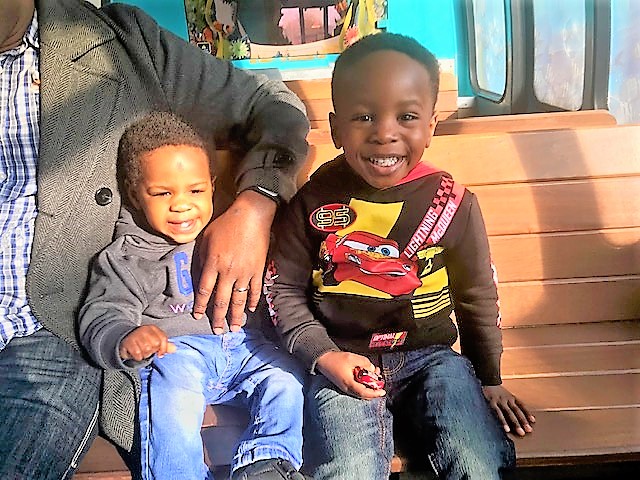 We didn’t have space for a double buggy in our boot so opted to hire one at the park.

The buggy was handy for moving around the park as can get tiring for toddlers. I am not sure it met all our needs and we could have done without. Tim spent a lot of time out of the buggy than in but Joel needed a nap and somewhere to nap but sadly the buggy doesn’t recline or lie flat and even for two toddlers the double buggy felt like a tight squeeze. (in future will pack lighter so can fit either our single Maclaren buggy or double Baby jogger mini. After the fun was over, we carried two very tired and sleepy toddlers back to the hotel for a much-needed nap.

We had a digipass but won’t recommend this for CBeebies land part as there were some technical issues on the day on the rides and although we got offered an alternative at the photo studio the boys were too tired to pose for a photo so sadly it was a shame. I think I got one picture from both days but I hope the fault gets sorted soon. 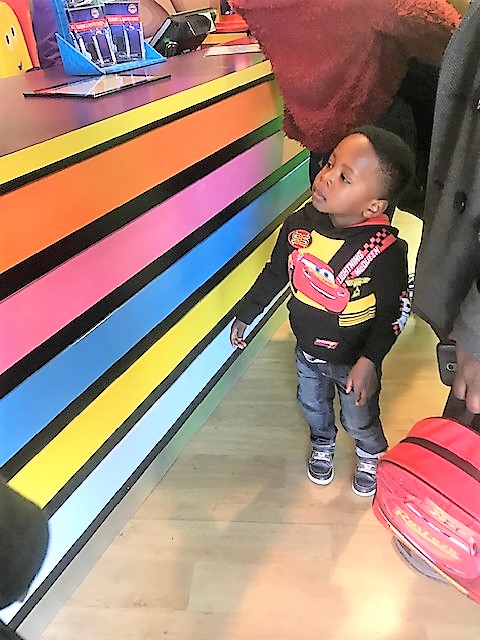 Ride for the little ones

Other family rides but for toddlers or kids over 0.9m (height) 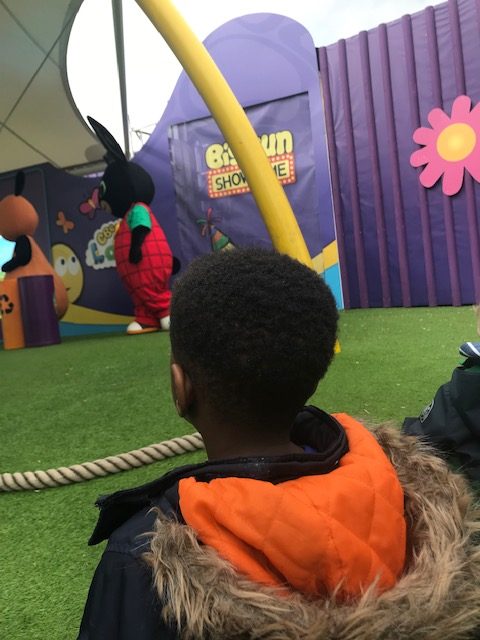 Tips for taking this trip with toddlers

We didn’t get to visit the waterpark but we will be keen on this when the boys are older. Yes, I would recommend this trip for parents with toddlers.

Now we are off on another adventure, feel free to join us.

When I heard of this thermometer and read the features, I was impressed. As a medic and mum of 2 under 2,  this thermometer offers mum’s the sort of monitoring usually done in a healthcare setting even without the wires. I was glad we got an opportunity to try out this kit

As a parent or guardian, it can be stressful when you have a poorly child, and we are often up at odd hours checking on them, and most times, we want to know if their temperature is normal. This thermometer gives parents the ability to do just that, which I think is really smart.

END_OF_DOCUMENT_TOKEN_TO_BE_REPLACED When we had Tim we got the Tippietoes mini bath with stand, which at the time was great as we could use it anywhere in the house. We also had space for it in our bathroom.

We moved house when I was pregnant for Joel and the bathroom was a lot smaller than our previous. Even the mini bath became bulky to store.

It wasn’t long before Joel outgrew this mini bath. So, I got a larger (normal sized)  baby bath. Although this bath was useful at the time, it took up space in the bathroom.

END_OF_DOCUMENT_TOKEN_TO_BE_REPLACED 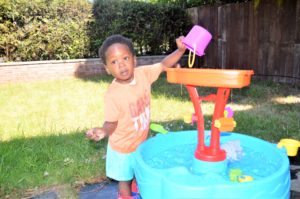 Finally, summer is here and the SUN is out. It’s HOT HOT in the northeast of England. I  can’t remember the last time we experienced summer like this.

Tim has always been a water-loving boy.

END_OF_DOCUMENT_TOKEN_TO_BE_REPLACED As a mum of two under 2. I often find that it helps to take both boys to a playgroup, soft play or baby and toddler groups for some messy or sensory play or engage them in physical play.

END_OF_DOCUMENT_TOKEN_TO_BE_REPLACED Mother’s Day is finally here, and I am thrilled we have a day set aside to celebrate our mum’s. My mum is an amazing woman who always gives her all to ensure that her children all three of us are happy and comfortable. She is my number one fan and supporter. Her love is truly selfless, and she has a huge heart.

I only got to fully understand what it means to be a mum now I have two lovely boys of my own. I love seeing their lovely smiles or the warm, loving gaze shared while nursing my youngest. Although some days can feel overwhelming, I cherish the legendary hugs from Tim (He currently holds an award for this at his nursery) and seem always to be smitten by Baby J’s smiles.

I am grateful to God for the gift that he has given and thankful for the opportunity to be a mum.

As I reflect on my journey so far and the comments made by other mum’s (especially new friends at”*** supermum” – a lovely group), I  have few words just for you on this special day

For all the late night feeds and despite the sleep deprivation, you make sure we are comfortable

Cleaning up after our mess Staying calm and patient, even when you were tested

Being our number one cheerleader and feeding our imagination 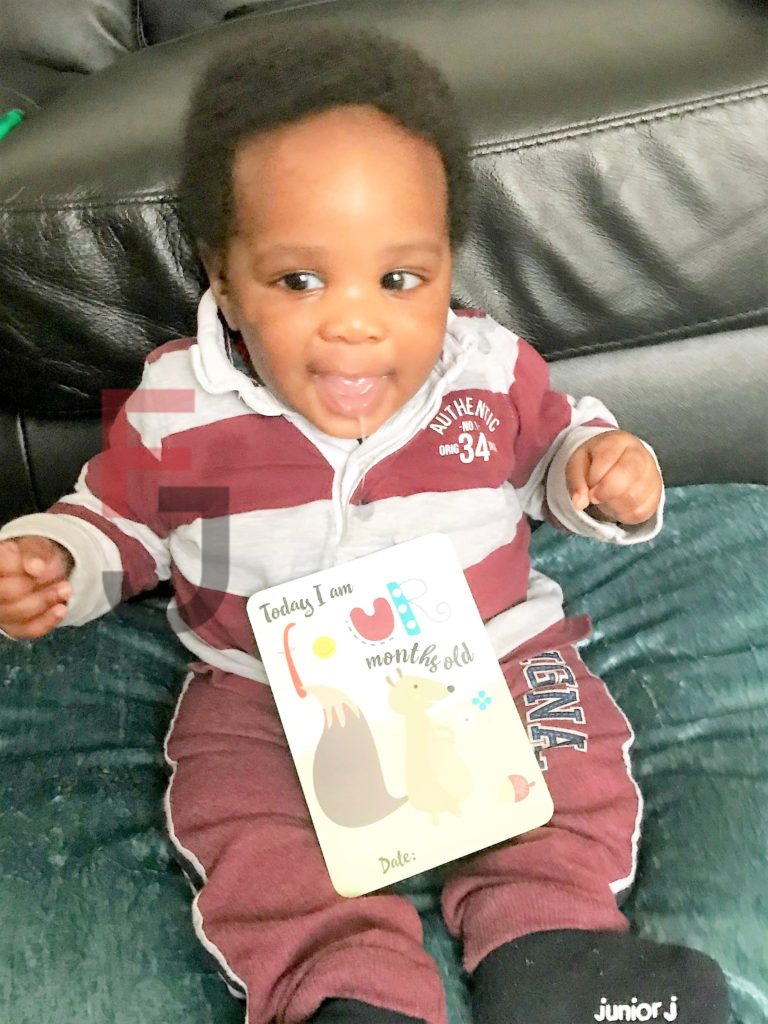 Being a source of comfort 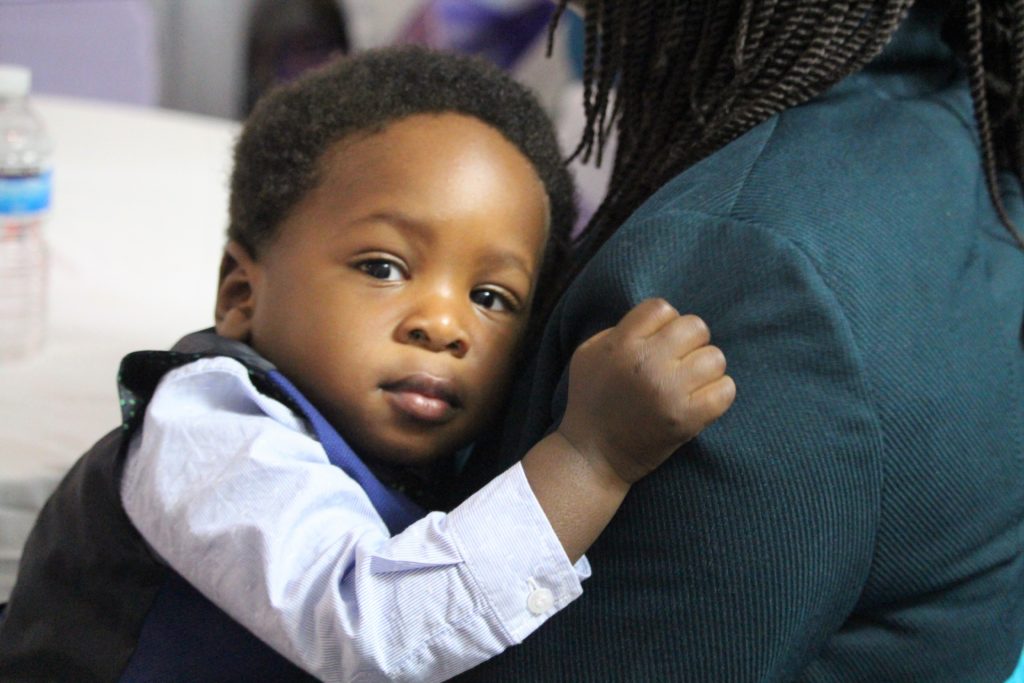 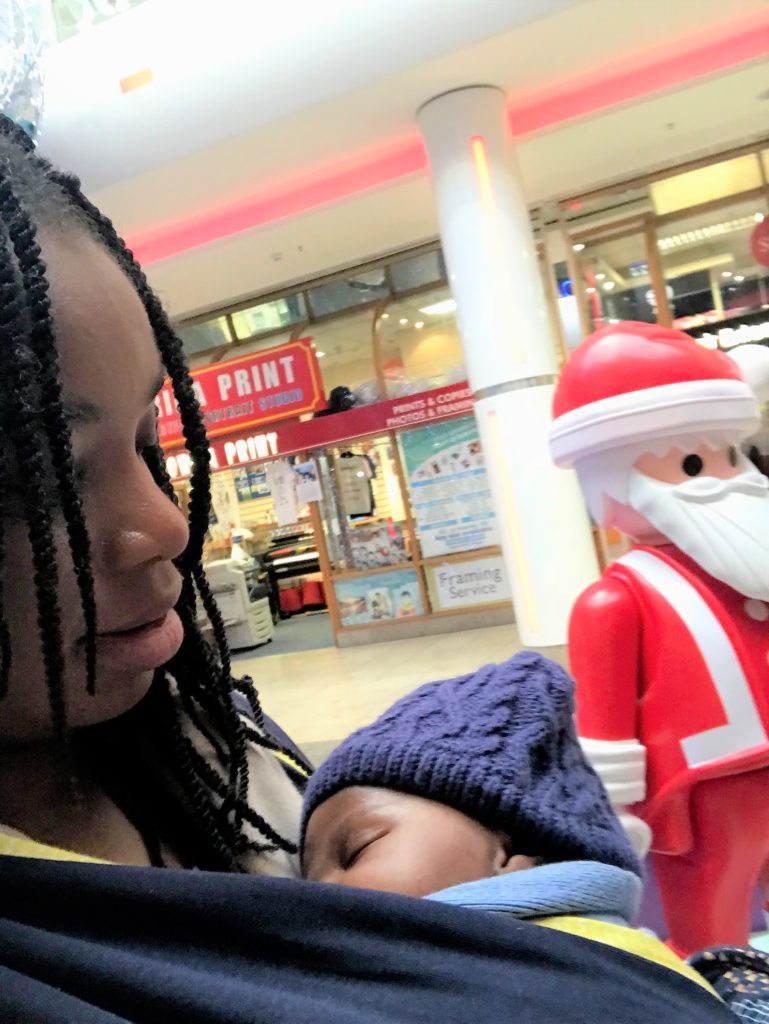 I hope you feel special and loved today and regardless of what season you find yourself in, just know that you are doing enough (and no the other child isn’t neglected or getting less love) and you are appreciated.

You have what it takes for this journey, relax and I pray you enjoy the reward of motherhood.

I am really pleased with my first mother’s day gift from my soon to be 2yrs old son, Tim 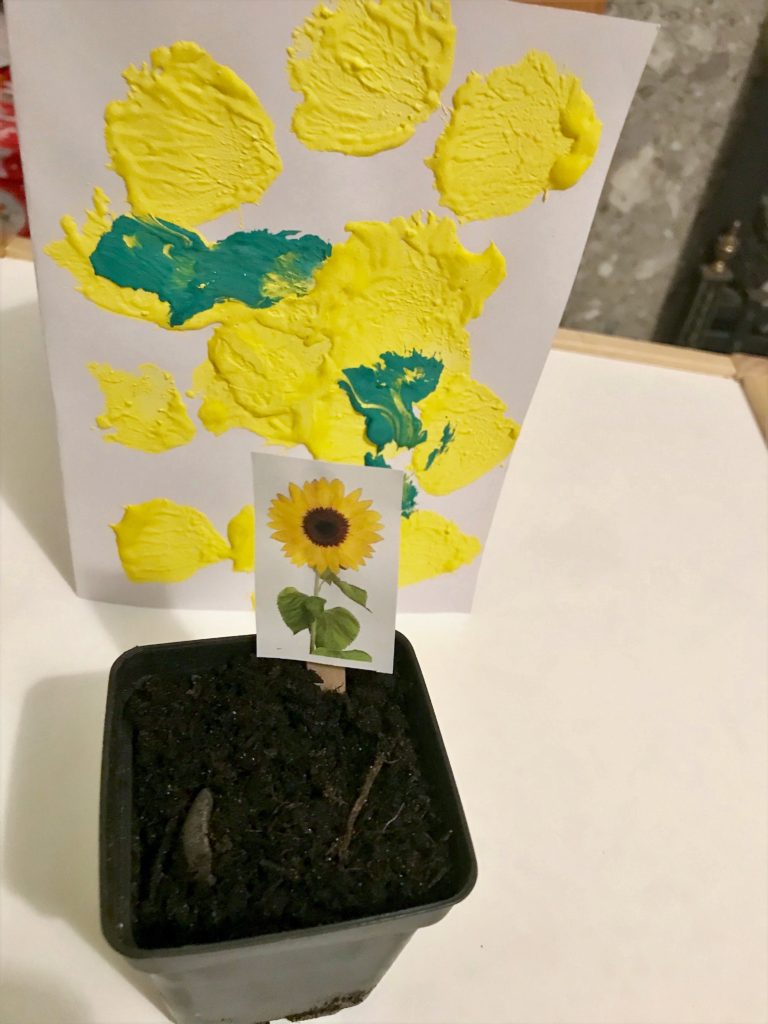 Please tag me on Instagram @flourishingmum and share what you are up to with your kids on mother’s day.

I recently contemplated having a weekly meal planner for our family after a recent chat with a lovely friend, Lady B. She mentioned needing to get home after the service and prep for Monday which was Beans day. “Beans day, I replied”. I asked her if she had set meals for each day of the week to which she responded and shared her list for the whole week.🙄

I caught the excitement in her voice when she said: “Friday is pasta day the girls love pasta”.

END_OF_DOCUMENT_TOKEN_TO_BE_REPLACED 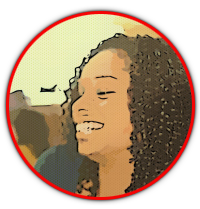 Hello, I am so glad that you stopped by my Flourishing Journey blog. Together we can talk about our experiences as new mums, mums to be, raising kids, saving money, techy stuff and much more.

A bit about me, I’m a mother of two lovely boys and a wife to one man, doctorpreneur, believer and lover of tech and growing trends. (Phew did it all make sense)

This blog was set up as a platform for me to share my experience as a new mum, my faith and flourishing walk. I would also love to hear your views and tips on similar topics.

Verse of the Day

Your question has been sent!

Please fill out the form below.